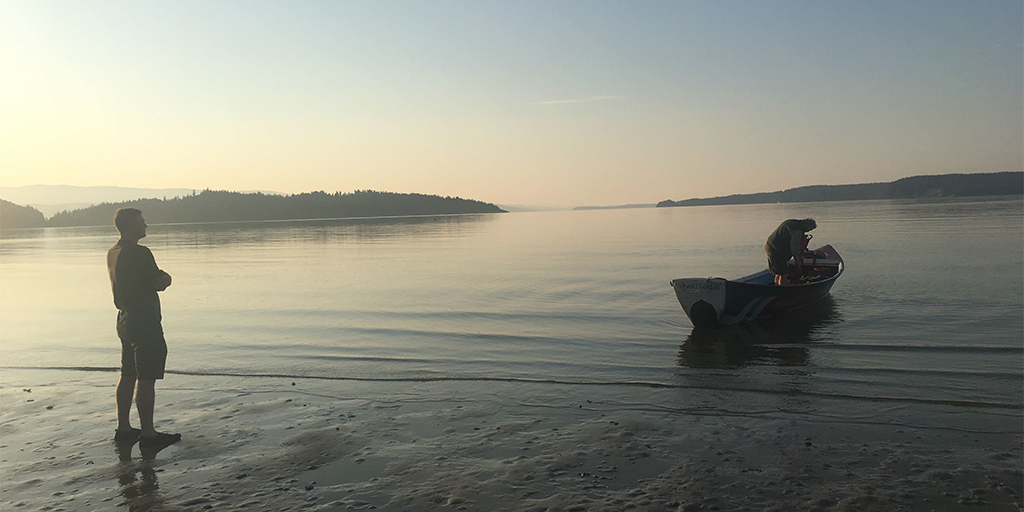 On May 26-30, 2019, Animikii Thunderbird Jen Polack attended Activate Digital at Hollyhock on the traditional territories of Klahoose First Nation.

Activate brings together the sharpest digital minds from political and advocacy campaigns, creative agencies, and causes for four days of hard-skills training in digital leadership, tools, and tactics.

Jen provided a workshop on how to create social media campaigns on a values-based framework.

We caught up with Jen on their return to see how Activate Digital went, what their takeaways were, and what they found to be the most impactful part of the event.

Why did you decide to attend the event?

I really wanted to attend Activate Digital for a few reasons. The first was that I really wanted to go to a space that aligned with my personal values. Hollyhock, where Activate took place, is a beautiful place on Cortes Island that is all about maintaining sustainable food and waste practices despite being a resort. I also wanted to attend to rub shoulders with other people in the same industry as me and collaborate with them to learn about their best practices and possibly some strategies that I could take away and use at Animikii.

How did you contribute to the event?

I provided a workshop while at Activate on how to run a values-based social media campaign. At Animikii, we base all of our social media on the 7 Sacred Teachings. Basically, if what we’re posting doesn’t reflect at least one of these teachings, we don’t post it. I felt it was an important space to bring these ideas to, especially considering that many of the people that attend Activate work, or have worked, on political campaigns. I think it’s important that these campaigns are more values-based, so hopefully, I was able to influence some meaningful change in that sphere.

What part of the event did you find the most impactful?

One of the best parts of Activate was the networking opportunities. Between all of the attendees, nearly every kind of campaign, digital or otherwise, was represented. It was very interesting to hear not only how campaigns have evolved but also how they’ve stayed the same.

I think it’s important that we reach out to gatherings like this one not only to share our expertise but also to ensure that Indigenous voices are always in the room.

I saw a lot of Wisdom at Hollyhock, but the prevalent value that I saw portrayed was Humility. Everyone there was Humble in all things: they wanted to learn from others but were also very aware of their role on this earth not as resource extractors, but rather partners. It was a very refreshing perspective.