How a National Indigenous Statutory Day Came to Be 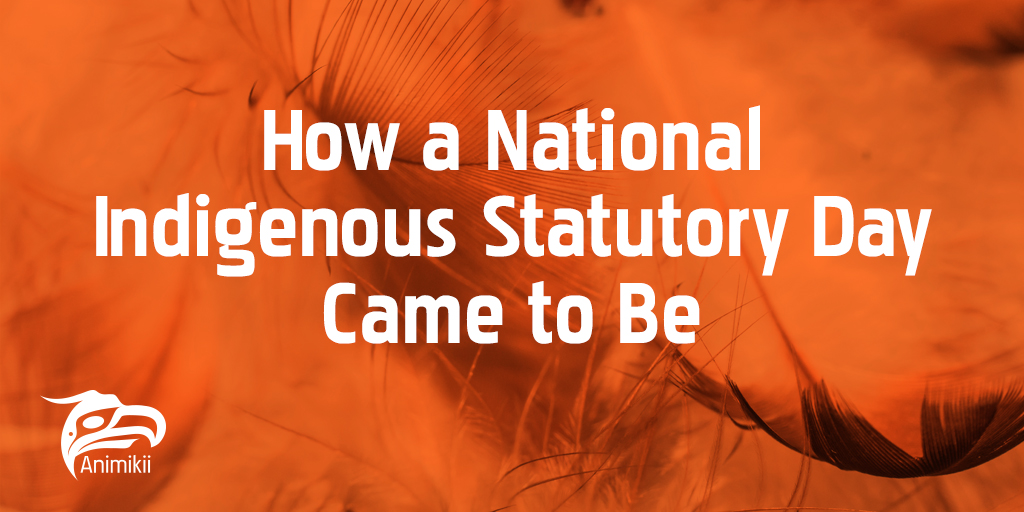 With the federal government’s recent announcement to create a new stat holiday to honour Residential School Survivors, this #OrangeShirtDay we wanted to offer additional context for those who may have only recently heard about this for the first time. Contrary to what you may believe, there has been discussion around an Indigenous-focused day dating back to the 1940s.

While there are a few days being considered for the official statutory holiday, we at Animikii have been advocating that National Indigenous Peoples Day, June 21st, become an official stat and this article is, in part, meant to summarize our advocacy efforts.

When we first approached this topic in May 2016 with Why Isn’t National Aboriginal Day a Stat Holiday, we were hoping to inspire our readers to take action and advocate alongside us to make - what was then called - National Aboriginal Day a stat holiday. We also called on employers to take initiative and begin offering their employees National Indigenous Peoples Day off so they could go and celebrate Indigenous Peoples and culture with their friends and family.

Shortly after we created the National Aboriginal Day petition - supported by MP Robert-Falcon Ouellette - where we asked readers “Do you have 2 minutes for Reconciliation?”. It turns out, they did. Over 800 people from across Canada signed the petition in just a couple days and it was presented to the House of Commons in May 2017. Not even a month later, MP Georgina Jolibois tabled a private members bill to make June 21st a stat holiday.

Now, two years later, we are finally seeing what we were campaigning for making headlines. Regardless of whether the stat holiday is on Indigenous Peoples Day, Orange Shirt Day, or any other day, we believed then (and still believe today) that Indigenous Peoples in this country are well overdue for a day dedicated entirely to remembrance as well as honouring and engaging with the original Peoples of Turtle Island. Animikii has been giving its employees June 21 off since 2016 and we are ecstatic that now the rest of the country may be following suit.

After two years, we are finally beginning to see the light at the end of the tunnel. We have always stood by our belief that there should be a day designated honour Indigenous Peoples and we are proud of the part we’ve played in making it a reality.

Stay tuned by bookmarking our blog and subscribing to our News River and stay up-to-date on any developments in this story, along with Indigenous news from across Canada.