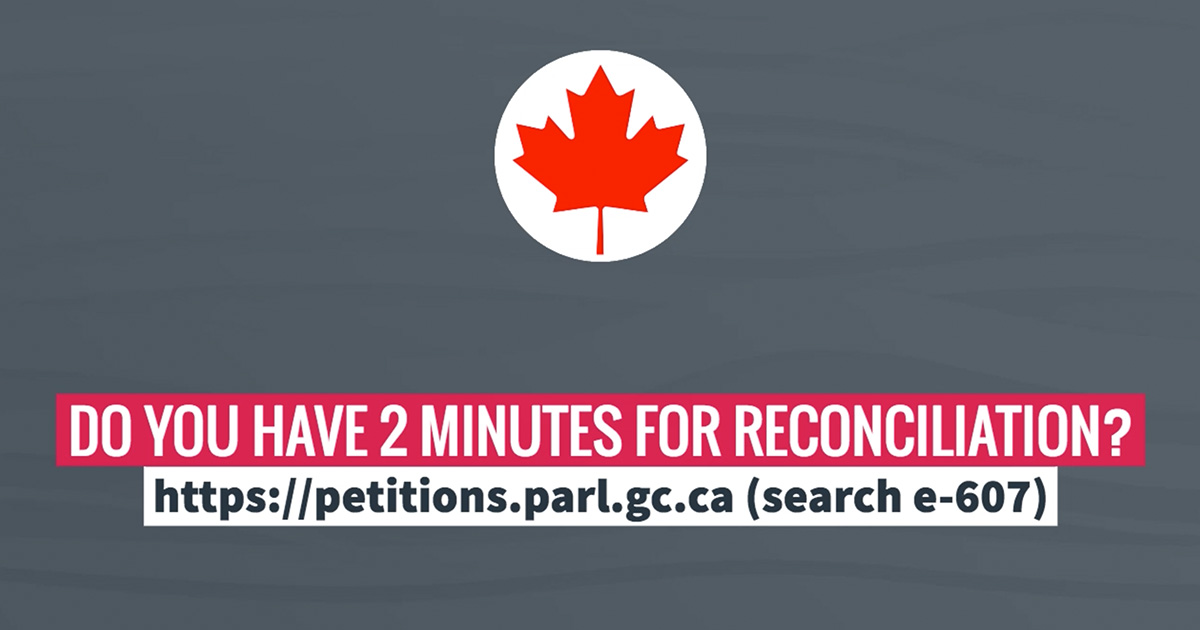 Do you have two minutes for Reconciliation in Canada?

Animikii has gained the support of MP Robert-Falcon Ouellette to create a federal petition to designate June 21st – National Aboriginal Day – as a formal, statutory holiday.

We need 500 signatures to ensure that the Canadian Government responds to the petition in the House of Commons. Add your name to the petition to show the Federal Government that Indigenous Canadians are worth celebrating. Share the petition on your social media to help us get to our goal!

June 21 is recognized as the Summer Solstice and holds deep cultural significance for many Canadian Indigenous (including First Nations, Métis and Inuit) cultures. June 21st is currently, federally recognized as National Aboriginal Day.

Indigenous Peoples have been at the center of genocide and systematic oppression in Canada since Contact. Indigenous Peoples and cultures have endured – and continue to endure – racism and discrimination in Canada however, we know there are compassionate and curious, non-Indigenous Canadians who just want or need to learn more about First Nations, Inuit, and Métis. That’s why we’ve proposed making National Aboriginal Day a formal, statutory holiday. Each year on June 21st, there are important Indigenous cultural events taking place around the country; we want more Canadians to be able to go out and participate in these rich cultural exchanges with Indigenous Peoples – rather than being stuck at their desks for the day. This would also allow school children - both Indigenous and non-Indigenous - the opportunity to participate in Community events without having to miss a day of school.

Why a Statutory Holiday?

“We call upon the federal government, in collaboration with Aboriginal peoples, to establish, as a statutory holiday, a National Day for Truth and Reconciliation to honour Survivors, their families, and communities, and ensure that public commemoration of the history and legacy of residential schools remains a vital component of the reconciliation process.” — TRC Call to Action #80

For those who have never had, or have never taken the opportunity to learn about Canadian Indigenous culture, a nationally recognized, statutory holiday might just be the encouragement needed to get them out of the house, and into our Communities. A national holiday, means national respect, action, and understanding – it’s as simple as that. And to us, as Indigenous Peoples, we can’t overstate how important national respect, action and understanding can be.

A Timeline of National Aboriginal Day:

The TRC’s Calls to Action specifically advocate for participation from the corporate sector. In response to this call, Jeff Ward, Animikii’s CEO, decided to move faster than the Federal Government on this issue, and give all Animikii employees National Aboriginal Day off as a “stat.” Animikii employees are strongly encouraged to participate in the local celebrations, ceremonies and events on this day.

In the summer of 2016, Animikii wrote an article outlining exactly why we believe National Aboriginal Day should be statutory holiday. After the positive response to this campaign - including a national response from outlets like the Globe and Mail and CBC - in the autumn of 2016, we put more action behind our words. We as a team wrote and launched this petition to ensure the Canadian House of Commons addresses the issue. The petition was launched by our founder, Jeff Ward, and Animikii’s 5 other Thunderbirds were the 5 qualifying signatures needed to officially launch the petition.

We look forward to hearing the petition read and responded to in Canada’s House of Commons - help us get there!